Covid-19 Situation in Vietnam (Latest Update 14th September)
As of September 14, 2021, Vietnam’s Ministry of Health confirmed a total of 624,547 cases of COVID-19. However, 385,778 of the affected patients have recovered and been discharged from hospitals. Vietnam has also recorded 15,660 deaths due to the pandemic. The latest community transmission cases have been reported from Ho Chi Minh City, Binh Duong, Dong Nai, Long An, and Tien Giang among others.
September 15
Domestic flights will reopen from today September 15.

Ho Chi Minh City authorities extended social distancing guidelines under Directive 16 until September 30, however it plans to allow shippers to operate inter-district from September 16 to help in the delivery of food and essential goods.

Authorities in Ba Ria-Vung Tau relaxed some restrictions and reopened traditional markets in green zones and areas where Directive 15 is applied such as Chau Duc, Dat Do, Xuyen Moc, and Con Dao districts. Authorities plan further easing of restrictions from September 15 such as opening up businesses in essential businesses followed by semi-essential and non-essential goods.

From September 12, Hanoi is pushing to vaccinate adults from 18 years old. About 80% of the city’s 5.7 million adults have received at least one shot, with authorities aiming for 100% by the end of this week.

Ho Chi Minh City authorities allowed the resumption of take-away and food delivery from restaurants and eateries between 6:00 am and 6:00 pm from September 9 within each district. Eateries can only use online delivery services. The city has also allowed supermarkets, grocery stores, and pharmacies to open from 6:00 am to 9:00 pm.

Vietnam’s Immigration Department has announced another automatic stay extension for foreigners stranded in Vietnam due to the pandemic until September 30, 2021. The measure applies to those who entered since March 1, 2020, allowing them to leave the country without any penalty or official procedures. Those that have entered prior to March 1, 2020, are also eligible provided they show documents by their embassies or by Vietnamese authorities to confirm they were quarantined or treated for COVID-19.
Vietnam received 331,000 of the Pfizer COVID-19 vaccine from Belgium on September 8.

Restaurants, coffee shops, and roadside eateries in Hoi An were allowed to reopen on September 6 but with 50 percent of customers and pandemic-related health protocols. Hoi An began less restrictive social distancing measures under Directive 19 from September 6.
September 7

Ho Chi Minh City authorities extended the strict ‘shelter-in-place lockdown restrictions until September 15. Residents in low-risk areas or ‘green zones’ would be allowed to go to the market and some takeout services once a week, though details of this are yet to be provided.
September 6 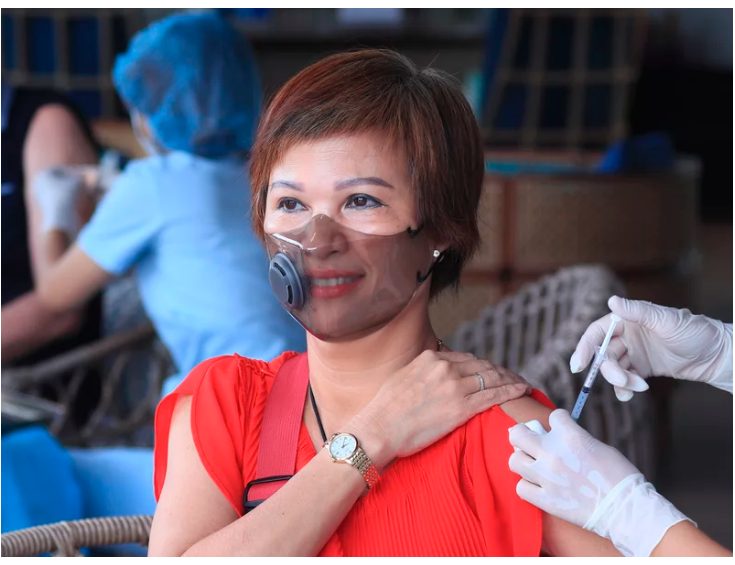 – Vietnam aviation authorities have requested local airlines to stop selling tickets for domestic flights until further notice due to the pandemic.

– Vietnam has cut the centralized quarantine period for fully vaccinated foreign arrivals to 7 days from the previous 14. Arrivals must also test negative for the virus within 72 hours before arrival and would then be required to self-monitor for another 7 days after the quarantine period. In addition, those infected with COVID-19 and have certificates that they have recovered from the virus within six months would also have their quarantine period reduced. The government is yet to provide further details and dates for implementation.

– Ho Chi Minh City authorities extended social distancing measures under the strict ‘shelter-in-place lockdown measures until September 15. Under Directive 16 all non-essential businesses are services are banned while public transport including buses and taxis are suspended. The gathering of more than two people is banned and people are required to stay at home unless for food, medicine, or emergencies.

– Most localities require COVID-19 tests to enter and exit along with centralized quarantine for 14 days.
Bamboo Airways, Vietjet Air, and Pacific Airlines suspended most of their regular flight schedules from July 26 due to low demand and social distancing measures in several localities. Vietnam Airlines has reduced operations on the Hanoi-Ho Chi Minh City route to just two flights per day.

Covid-19 Vaccinations in Vietnam (Source: Reuters)
Vietnam is speeding up its vaccination program in an effort to loosen coronavirus lockdown restrictions in major cities by the end of the month.

Until now, Vietnam has administered at least 29,280,307 doses of COVID vaccines so far. Assuming every person needs 2 doses, that’s enough to have vaccinated about 15.2% of the country’s population.
During the last week reported, Vietnam averaged about 700,122 doses administered each day. At that rate, it will take a further 28 days to administer enough doses for another 10% of the population.