The Vietnam War was a defining event of the 20th century, and even now, over 40 years later, it still haunts many. Vietnam is a peaceful country these days, but the war has left deep wounds on this nation and its people. Veterans came back to their countries however their families and relatives still want to return to memorize from the past and learn about the history. If you are planning to have a tour to discover historical Vietnam War sites, do not forget our suggestion as below:

The Hoa Lo is another prison, originally built by the French and “inherited” by the Americans. The exhibition speaks of both – French and American atrocities. It is propaganda-heavy but is an important site. This is the famous “Hanoi Hilton” where the American Prisoners of War were held. This is where John McCain was held and tortured. The Museum is 2 miles from the Trúc Bạch Lake, where senator John McCain’s aircraft dropped after being shot down. You visit both when coming Hanoi capital.

How to get there:
The Hoa Lo is located in Hanoi center. It’s easy for you to take a bus or a car to visit this site.

2. DMZ – Quang Tri province
The Demilitarized Zone (DMZ) was north and south of the 17th parallel, divided North and South Vietnam. TODAY, the DMZ is a very popular destination for all kinds of tourists coming to Vietnam — and for good reasons. During the war years, some of the most intense fighting took place here. Along Route 9, the main road on the southern side of the DMZ there were several military bases, a few of them still offering the visitors an idea of what it was like then.

How to get there
The DMZ is approximately 75km north of Hue Imperial Citadel and 580km south of Ha Noi. From Ha Noi, you can take an overnight train for Dong Ha Town. You can also visit DMZ  from Hue on a day tour.

3. Khe Sanh Combat Base – Hue
Starting as a small Special Forces Camp, Khe Sanh was later turned over to the U.S. Marines and became the scene of one of the most significant battles during the war as the North Vietnamese army laid siege to the camp during the 1968 Tet offensive. The siege lasted 77 days and was reported in the news all over the world. It also served as one of the major launch points during the 1971 Lam Son 719 offensive in Laos. 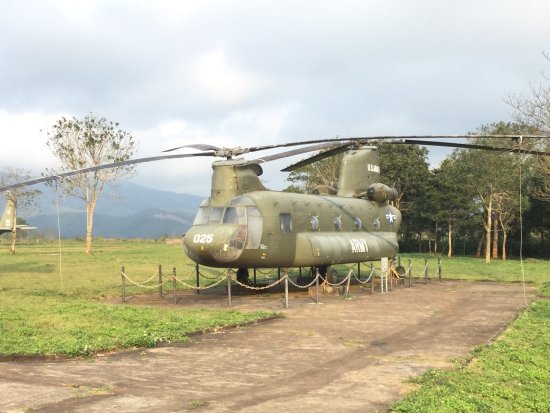 How to get there
One will reach Khe Sanh from the Route 9 stretching from east to west just south of the former DMZ from Dong Ha. Most people that visit here are traveling with one of the numerous so-called DMZ Tours available out of Hue City to this area. One will reach Khe Sanh and come back to Hue in one day.

4. War Remnants Museum
This is an absolute must for history buffs who visit Ho Chi Minh City. The military hardware on display brings the conflict to life, and the images inside speak of the horrors of war. This museum was originally built to showcase American atrocities, but the government has since eased its message. Now they want nothing more than lasting peace for Vietnam. 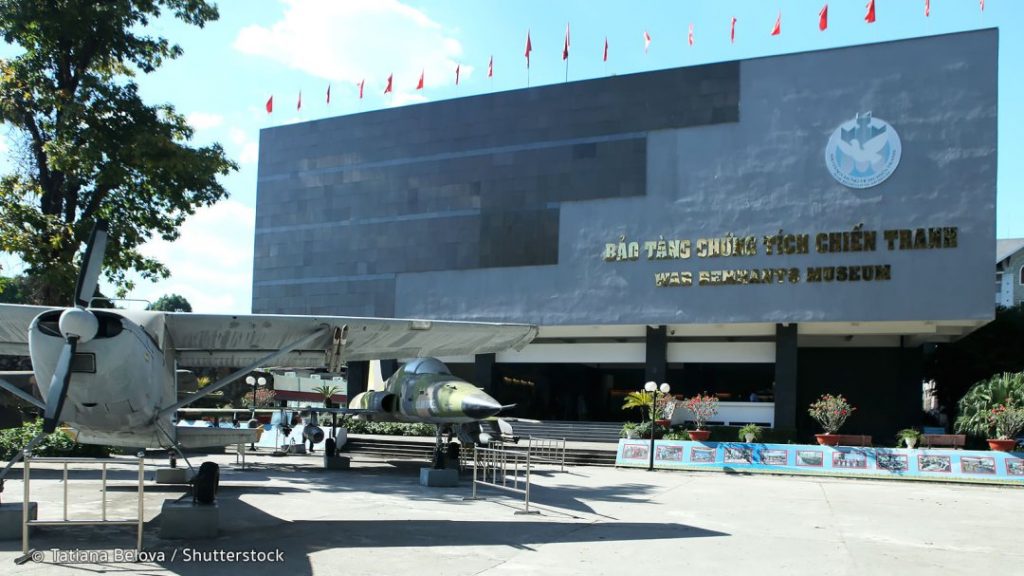 How to get there: the museum is located in Ho Chi Minh City center.

Possibly the most commonly recognized war site in Vietnam. The network of tunnels was one of the amazing strengths of the Southern Vietnam forces. Ideas out of a movie war turn out to be an unimaginable reality.

The Chu Chi Tunnels are part of a massive war museum in Ho Chi Minh. They offer visitors a sneak peek at the underground life of Vietnamese soldiers back in 1948. The site has over 120km of underground tunnels, with trapdoors, living areas, kitchens, storage facilities, armory, hospitals, and command centers. After the war against the French, Vietnamese soldiers expanded the tunnels and included effective air filtration systems, which helped them survive the Chu Chi carpet-bombings

Today Cu Chi is prepared for tourists, parts of the tunnels even broaden up to “accommodate” visitors of non-Vietnamese figures. An eye-opening and unforgettable experience.

How to get there: 50 km from Sai Gon centre. It’s easy you can get a bus or a private car from Saigon. It takes you around one hour. This is the best place to get an understanding of what the delta bases looked like. Although nothing is really left of the base, one can drive on the runway and the taxiways as well as the old base area. Vinh Long Army Airfield was very typical of the American presence in the delta. Other bases were located in Soc Trang, Dong Tam, and Can Tho.
Our team in SE Asia will be happy to help you arrange any itinerary in the area, even to remote sites or places not mentioned in our tour packages or our posts. Please, let us know where you’d like to go, and we’ll make it happen.

How to get there
Vinh Long is about 130 kilometers southwest of Saigon, in the heart of the delta. The base itself is located in the western part of town and is only a couple of kilometers off Highway 1. Going to Vinh Long is easy, regular buses are going there daily. One can also drive a motorbike there which takes a few hours or rent a car with a driver in Saigon. 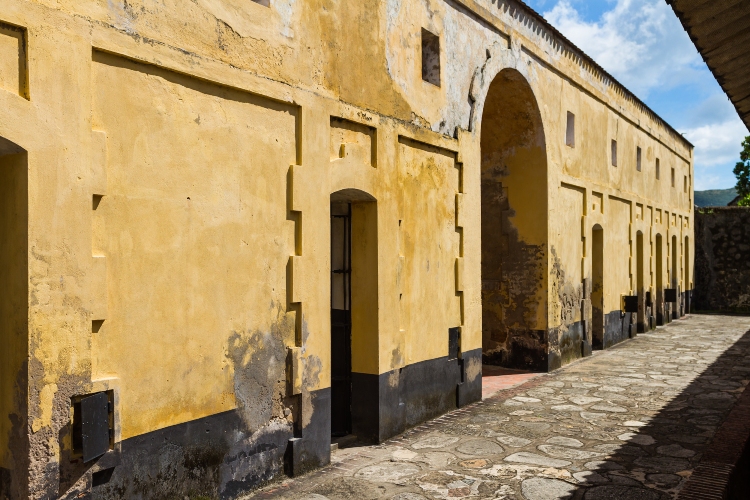 These islands off the southern coast of Vietnam are some of the most beautiful places in the country, but they were also home to torture, abuse, and politically motivated executions for much of the last century. The French were the first to build and use these prisons, but the American-backed regime in Saigon also used them to hold captured soldiers and other political prisoners, including Võ Thị Sáu, Vietnam’s famous guerrilla girl.

A Quick Guide to Travel to Vietnam in Autumn

10 Things You Need to Know about Vietnam E-Visa

No Covid-19 Test, No Quarantine for Foreign Travellers to Vietnam

3 Highlight News of Vietnamses Toursim in the early 2022