Minh Mang is arguably one of the most famous kings of the Nguyen dynasty in Vietnam. It is also well-known that most of the kings of this dynasty built huge tombs as a place for their soul to rest. Visitors surely wouldn’t want to miss the grandeur and magnificence of this popular destination of the Imperial City.

II. Who is Minh Mang? 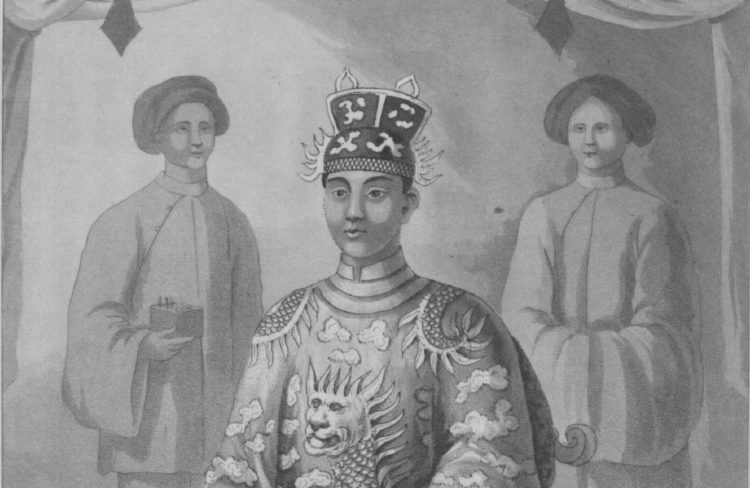 Minh Mang (1791-1841) is the second king of the Nguyen Dynasty. He reigned the country from 1820 until his death in 1841. He is well-known for his fierce opposition to the French participation in the nation and his stiff Confucian belief. The king put forward a policy of alienation from the Westerners and showed strong distaste for the Western way of thinking. During his reign, the government was invigorated and the nation was protected against the invasion of Siam. He is an eminent poet. He is also said to have 43 wives and 142 children. 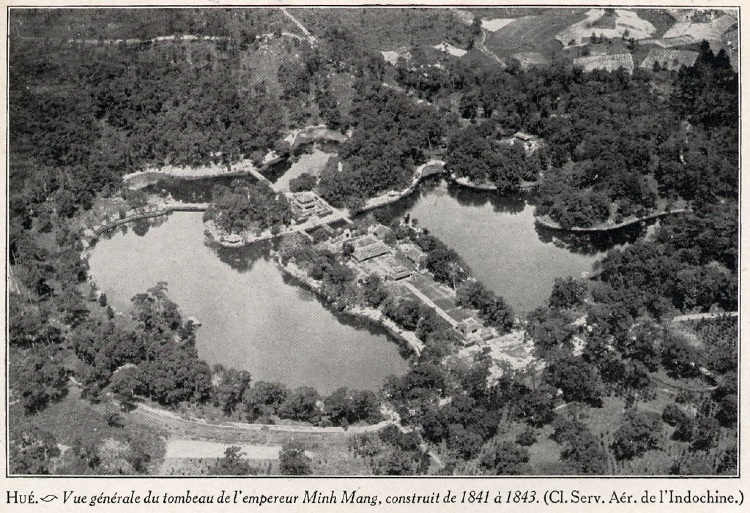 Minh Mang Tomb is an important site in Hue. Located on the outskirts of Hue, the tomb enjoys a beautiful natural landscape that delivers a sense of tranquility and quietness. 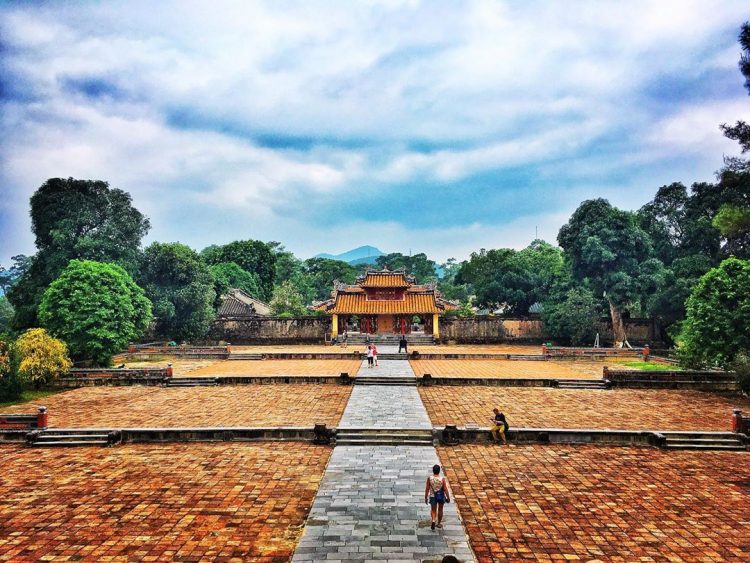 Kings of the Nguyen Dynasty prepared for their funeral when they were still far away from their death. In 1826, when the king was still 35 years old, he ordered his servants to search for a piece of land to build the tomb but not until 1840 was the land finally chosen. The geography mandarin Le Van Duc was assigned to design the tomb. The tomb was started to be constructed in 1940.  After King Minh Mang passed away, his son King Thieu Tri continued the construction of Minh Mang tomb. In August 1841, the king’s coffin was moved to the tomb and buried. The construction was continued and completed in 1843. 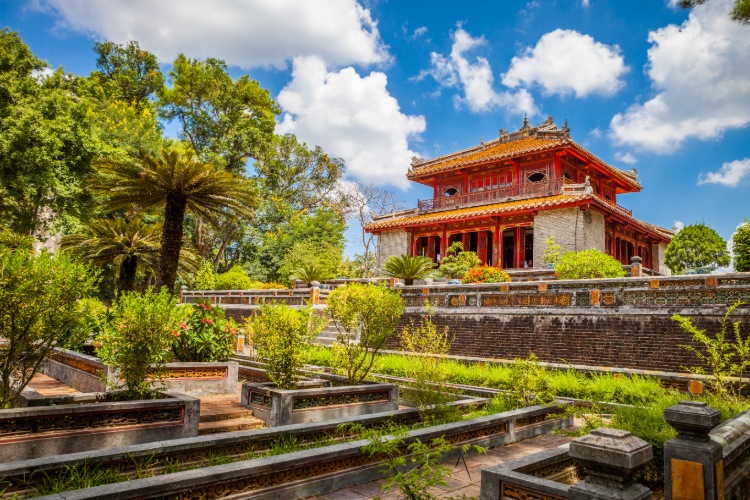 The Minh Mang tomb consists of 40 different buildings, both big and small. Because Easterners are concerned about feng-shui, they have to make sure the kings have the best location to rest after their death. That explains why the tomb is located in the midst of mountains and rivers and the structure was highly complicated but organized. The buildings are well-proportioned and face each other in a symmetrical way, which reflects the firm, organized and conservative character of the King Minh Mang. The architect also made sure that nature was well-blended with the buildings. Visitors will be able to see the architectural harmony of the buildings, the lake and the trees when they visit the Minh Mang tomb. As King Minh Mang was an eminent poet, his tomb was carved with poetic masterpieces, which are said to represent the selective poetry of Vietnam of the 19th century. Many modern architecture still stand in awe before the then-architects’ talent of designing. Strolling around the Minh Mang tomb, visitors have the opportunity to appreciate the beauty of the tomb as well as the talent of the designers. They can also learn about the interesting history of the King Minh Mang and the Nguyen dynasty in the Imperial city of Hue, Vietnam, which is arguably one of the most well-known dynasties ever ruled in the world. 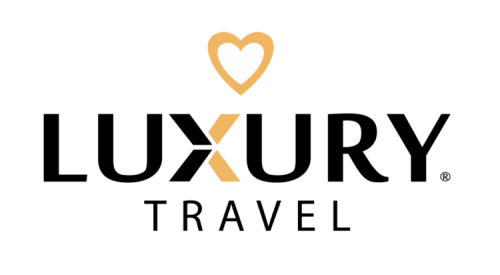 Lux Travel DMC is the first luxury tour operator in Vietnam. Founded in 2004, we provide 100% tailor-made private tours to everywhere in Vietnam as well as in Laos, Cambodia, Thailand and Myanmar. The holiday is designed around your interest, time, need and budget. You are the one who decides when and where to go, where to stay. 99% of our customers are satisfied with our service with positive reviews on TripAdvisor. If you are interested, please contact us for free and have direct consultation for planning a trip designed in your own way.

Exploring the “Hell on Earth” – Hoa Lo Prison in Hanoi

TOP FIVE MARKETS TO VISIT IN THE IMPERIAL CITY OF HUE

UNIQUE AND FUN THINGS TO DO WHILE YOU ARE IN HUE, VIETNAM

THE ROMANTIC AND HISTORICAL TRANG TIEN BRIDGE OF HUE

Top 5 Markets You Must Visit in Hue, Vietnam

Include a Visit to Hue on your Trip to Vietnam