Trieu Chau Assembly Hall is the famous communal house of Chinese traders. It was built in 1845 and soon became famous due to the sophisticated architecture and the meaningful sculptures around the building.

I. Introduction and history of Trieu Chau Hall

Trieu Chau (Teochew) Hall is located at 157 Nguyen Duy Hieu Road, Hoi An Town, the locals usually call it “ Ong Bon Pagoda”. This is one of the architectural masterpieces that you should not skip when visiting Hoi An. Since the immigration of the Chinese and Japanese people around the eighteen century, Hoi An has become the merger between culture and architecture. The traders from China and Japan substantially affected the formation of Hoi An and gained the reputation for the town. There are five assembly halls in total. Among the special Assembly Halls in Hoi An, Teochew Hall shows the difference according to the sculpture as well as the organization of the interiors.

The annual festival of the Halls occurs from 1st to 16th of the first lunar month. During this occasion, the ascendants of the Chinese immigrants used to live in Hoi An would gather to honor and worship their ancestors.

II. Why should you visit the Trieu Chau Hall

When entering the Trieu Chau (Teochew) Hall, you would have a chance to learn the history of Hoi An in general and the role of this town spiritually. Then, the immigration of Chinese and the cultural exchange that put the foundation for Hoi An.

Furthermore, the local guide would tell you the meaning of sculptures and the significant role of the Gods whom Chinese immigrants have worshipped for decades. Understanding the culture and other aspects of the destination is always the key factor to entirely enjoy the tour. 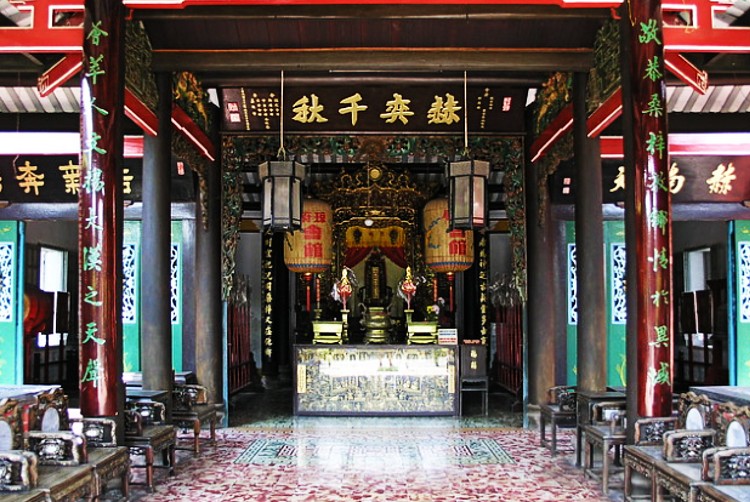 III. The architecture and the organization of the buildings

The typical architecture of Trieu Chau (Teochew) Hall is named Noi Cong Ngoai Quoc. This type of architecture is based on Chinese hieroglyph, it is ubiquitous in Vietnamese pagodas, however, when arriving at Hoi An, you can only see this unique structure at the Chinese Assembly Halls.

There is always the discrepancy of architecture between the Assembly Halls in Hoi An.

In Trieu Chau Assembly Hall, the construction is made of wood, along with the sophisticated sculptures. Besides, there are some prominent sculptures made from marble that alternate between the wood ones.

2. The meaning of the sculptures and interiors

There are a plethora of sculptures over the Assembly Halls, however, there are some typical sculptures significantly influence Vietnam’s religion and culture. For instance, the sculpture of “Tu Linh” which is the “Four Holy Beasts”, it consists of four animals: Long, Li, Qi, Phuong, each of them symbolizes one constellation (There are 4 in total). Additionally, the Four Holy Plants “ Tung, Cuc, Truc, Mai” also present a certain meaning based on the attributes of each plant. Generally, all the sculptures around the Hall notably pose distinct definitions. Because the immigrants who built the Halls were traders, the detail of the sculptures would also pray for the success, fortune, and safety whenever they embarked.

Trieu Chau, or Hoi An in general, is the priority of any traveling fanatic in Vietnam. If you are looking for the most enjoyable experience, contact us instantly to get advice from Luxury Travel consultants, the specialists at traveling with the experience of more than 15 years, promised to offer you the most gratifying expeditions. 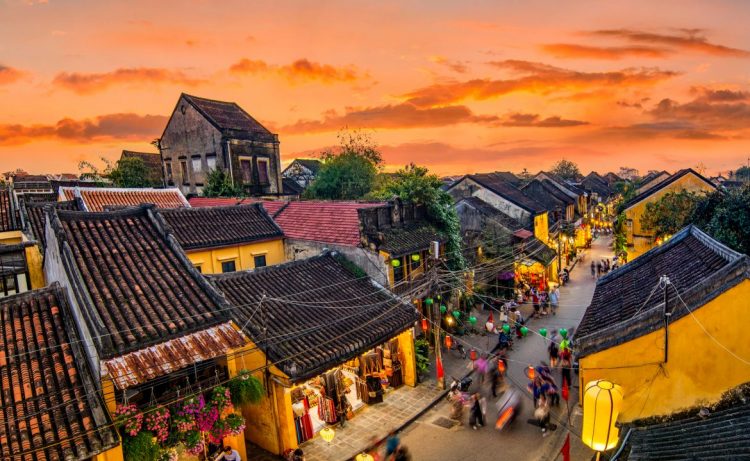 Thailand to Implement Enter Requirement-Free from May 1

Latest Vietnam Golf guide from A to Z